South Broadway Avenue is a major north-south corridor through Tyler. It is also known as US Highway 69 in certain sections.

Along South Broadway is located the largest concentration of hotels in the Tyler area, stretching roughly from Rieck Road south to Toll Loop 49.

South Broadway is home to a growing number of name-brand restaurants such as Chuy's, Outback, Cheddar's, Olive Garden, Saltgrass, Panera Bread, Abuelo's and many more.

Lodging options along South Broadway include the following:

The Residence Inn near South Broadway Avenue ... one of many Tyler lodging options 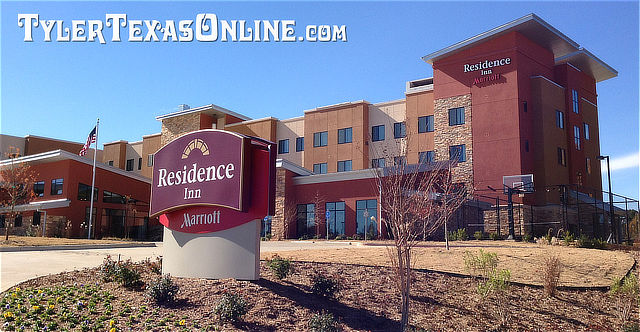 Copyright © 2023 TylerTexasOnline.com All Rights Reserved.
This website is operated by a private entity with no connection to or affiliation with the City of Tyler, Smith County, TXDOT, NETRMA, or other governmental agency